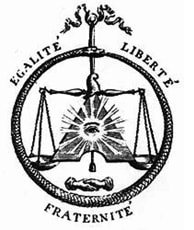 A Talk to Inquirers

​Friends, it is understandable that you should desire to know something of the International Order of Freemasonry for Men and Women, known as Co-Freemasonry. Possibly you have acquaintances who belong to the Order – so you want to know more about this organization, one which works, as it were, behind a veil.
There are many orders of this nature in the world and they are various in their aims and activities – many work in ceremonial form and their members wear certain clothing, regalia and medals. Some of the Orders are organized for nothing more than a good time – of course, I am not speaking against the enjoyment of a good time, but that does not solve the world’s problems! Some societies are for mutual aid, each member feels obligated to render help to his fellow member. There are others that rise above that level and set themselves an ideal of true brotherhood, but very often this brotherhood is restricted to a certain class, a national or social group. So there are all these different Orders – and you might like to know in what way this Masonic Order, Le Droit Humain, differs from them.
I might say, at the outset, that this is an Order that counts among its members people of all races, all religions, all nationalities. It has National Federations in every part of the planet except in those countries where Freemasonry as a secret and international organization is forbidden – namely, in the totalitarian countries where thought and expression are subject to strict surveillance and control. There are many Masonic organizations; they have the same ideals as our Order, but this is perhaps the only Order which circles the globe and which can truly be described as “international.” And there are members who are Hindus, Jews, Christians, Muslims, Buddhists, and some who profess no religion whatever. So you see that, in a sense, this is the most inclusive organization amongst the many that exist in the modern world. 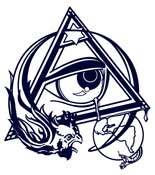 Our organization is distinguished by one other feature in that it admits women to participate in its work on exactly the same terms as men. You will find very few such orders that accord women this right to participate. In fact, many masculine obediences which have a very respectable standing, and which count many eminent people among their membership, consider this admission of women an infraction of law. But our Masonic Order believes that the time has come – if it has not always existed! – for women and men to work together as co-equals in all fields so that the woman’s point of view and her experience might well be joined to that of men to work toward solving all problems. Because of this fact, the founders of Co-Masonry took what was regarded at that time as the very daring step of admitting women, and afterwards many other women were taken into the Order. For that reason this Order has been considered illegitimate and clandestine by some masculine orders. Nevertheless, the International Order of Freemasonry for Men and Women, Le Droit Humain, is glad to be a pioneer in this respect as well as in certain other respects.
It is a brotherhood, undoubtedly, but it exists in order to serve – not in order to help its own members but to help them to be more serviceable than they could have been otherwise to the world at large. So the object is to help the world. But how to help it? This is the question. There are many ways in which the world could be helped. Its needs are various. One way in which the world is helped by Masonry is through its charities, schools, hospitals, orphanages and other institutions into which the virtue of charity, which distinguishes Masonry, is widely practiced. But, in addition to charity from one’s purse and the charity of hands, there is another form of charity: It is the charity of the heart and understanding. There are other ways in which man needs to be lifted – but lifted to a higher level. So in order to help men and women to become examples, guides, instruments for human progress, Masonry aids in training them in the practice of the essential virtues without which life would be dreary and without which all activities are bound to go wrong. Thus this organization, among other purposes, is an organization of education of the soul, an education distinct from body-education or mind-education – not just instruction but education in the true sense of the term. It has the highest ideals conceivable by man and it places these ideals above the members and all who are joined into its orbit to materialize and embody those ideals in their practices and beliefs.

Not only does it train each individual to perfection of character, of polished ways, but it also rehearses its members in collective action. When they meet together in a Lodge, they learn how to act in concert, how, in spite of the differences of office, capacity and function, all these can be joined together into one administration so that the whole of the Lodge may constitute a unit and, in that way, may be a harmony not possible if each part acted by itself. Training into individual conduct, behavior and action – and also in collective action and the method of work – is, as you might imagine, by the use of the method known as “ceremonial.” That is to say, each one has his appointed place and each one is given certain duties to perform. What he has to do is prescribed for him in outline. Of course, this might be considered by some people as a kind of restriction. It might be thought that one needs to be free, to pursue one’s own virtues. But Masonry exists for a particular purpose and a set form is necessary for collective action. There is no action without organization. To have collective action at the highest level, it needs to have everything prescribed in detail – just as there has to be a written music if there is to be an orchestral effort. Each one who takes part in a particular symphony has to take his cue and time from the conductor and he has to play his instrument according to the score that is given to him. In a Masonic Lodge, there is always perfect order. Masonry stands for order more than for anything else. It aims for efficiency in every detail of action. And this aim which every Mason has before him and which he seeks to realize in his duties affords him the necessary training. 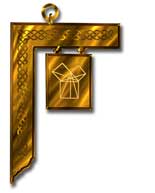 Of course, everyone knows that Masonry is a secret body and often people ask why there should be a secrecy if there is nothing objectionable taking place. What is the need of shutting out non-Masons? If Masonry has wisdom to spread, let it throw its portals wide open so that all may share in them. I might explain that the secrecy which is so strictly observed is really a certain privacy or isolation – or to use an engineering term, shall I say, “insulation” – which is necessary to produce the highest effect in the thought or feeling or atmosphere which we seek to realize. Everyone who comes into the Masonic lodge is a person who is dedicated to its work. He takes a certain obligation and he is increasingly prepared, by his own attitude, for a realization to which he is led by the practice of virtues and many ethical principles to take part in the work and perform it well. Further, while the meeting is going on, all extraneous influences are carefully excluded. You can see that when everything is properly arranged and all disturbing influences shut out, there can be a wonderful atmosphere that would not otherwise be possible. A Lodge is very much like an electric battery that is insulated so that nothing may interfere with the production of the electrical current. We aim at a privacy similar in effect here. We try to produce an effect that cannot be produced except under similar conditions. There have to be certain conditions that cannot be departed from or violated in order to produce a certain effect. This is the whole object of the secrecy. It has to work under strict conditions and these conditions include not only everything that is of the nature of an appointment of a Masonic lodge but all that is said and done by the members and the conditions also make sure that the kind of thoughts and feelings which will be introduced in a Masonic lodge are of the appropriate character.
There are in our Masonic Order, as well as other orders, a number of degrees, or stages of advancement, and often these degrees will be indicated by the kind of clothing, etc. worn by Masons. The object is first to provide for working at different levels and, second, to graduate its people, as it were, from the lower range of the ladder. The existence of such differences is a fact in nature. The Masonic grading is really a replica of what we see in actual life, and the fact that there are Brothers in different grades or ranks holding different offices does not interfere in the least with the sense of brotherhood, the equal and free intercourse which always characterizes Masonic workings. The aim in Masonry is not to accentuate the differences, but the aim is to harmonize such differences, wield them into a whole and preserve a feeling of equality, of true brotherhood, in spite of these differences.